If only they Galvanised? Paint means maintenance. 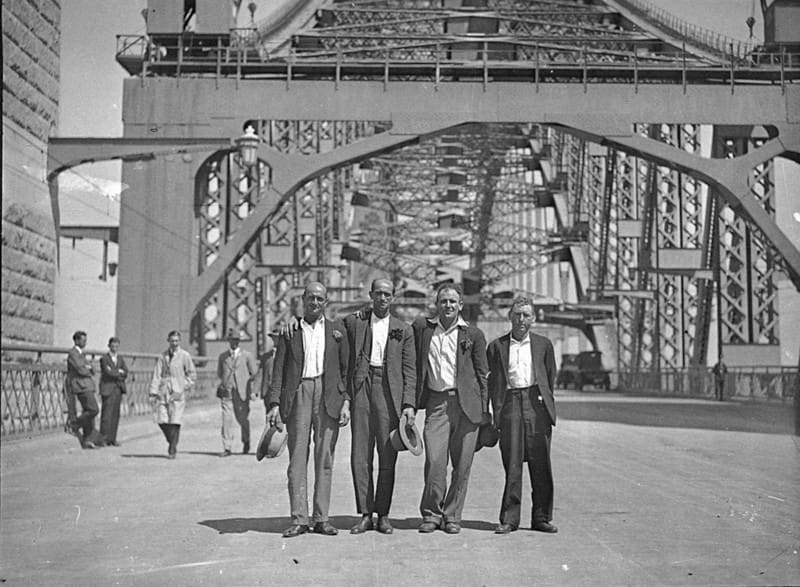 The Sydney Harbour Bridge’s use of ferrous alloy presents a significant challenge in terms of protecting the structure from the ravages of corrosion. It is indeed a cruel irony that our most-used alloy for structures, steel, is also the one most damaged by exposure to the atmosphere. Steel, unlike many other metals, does not exhibit passivity. Passivity occurs when a metal or alloy reacts with the oxygen in the atmosphere to create a non-porous oxide film that protects the material from further oxidation. Unfortunately, steel oxidises to form rust, a corrosion product that is porous, which means that the rust exposes more metal to oxidation. On large panels, this rust may simply be surface corrosion which is really more an aesthetic problem in the short term and a minor problem in the long term.

Where this lack of passivity becomes a huge problem is in places where water can pool or seep into. A riveted structure like the Sydney Harbour Bridge is fertile ground for crevice corrosion to occur through concentration cells.

The diagram below illustrates why this is a problem for a riveted structure. The rivet when exposed is not sealed against the entry of water; this means that water may seep into the small space between the rivet and the rivet hole in the plate. Any water in this area is likely to suffer differentials in aeration levels and we now have a situation suited to corrosion. If water is drawn into areas A and B, A would have more oxygen and become the cathode, while B would become the anode. This means part B, hidden from inspection, would slowly degrade and weaken the joint. Moreover, the gap between the plates, part C, could also become filled with water and create a concentration cell between the plates.

A rivet holding two steel plates together.
While the gaps are exaggerated for this illustration, water can certainly seep into such places and create concentration cells.

How can this be avoided? In modern structures, we could circumvent this by galvanising the steel. By coating the steel with zinc we protect the structure from rusting because zinc will corrode in preference to steel. This is why galvanised steel is so common in steel structures nowadays.

As the Harbour Bridge is not galvanised, our only other solution is to take the approach used for cars: paint it. The paint effectively seals the steel from the atmosphere and alleviates rust formation. The problem with paint is that, unlike galvanising, it does not protect the steel if the steel becomes exposed. Additionally, the paint is degraded by ultra-violet radiation and weathering, so it must be continually replaced. Unlike a car, which is garaged and often well cared for, the Sydney Harbour Bridge’s paint takes a beating and must be continually replaced.

The original paint primer was lead oxide based with the finishing coats based on micaceous iron oxide. Both these paints are deleterious to the environment and the RTA is removing original paint layers and using modern coating materials in their place.

The initial three coats of paint placed on the bridge used 272 000 litres of paint. The replacement of the paint is a regular part of maintenance and an ongoing cost. 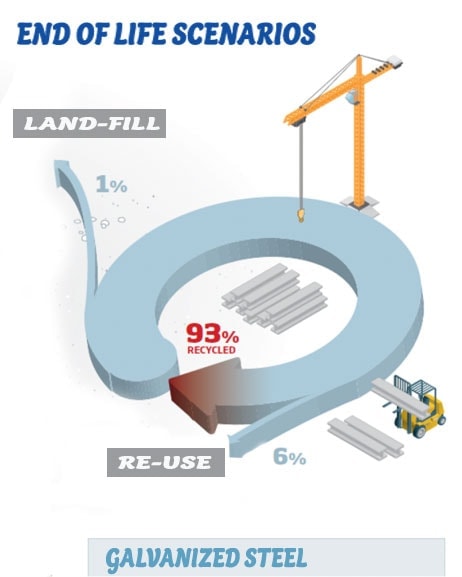 Hot-dip Galvanizing – Do it once, Do it right.

Hot-dip Galvanizing – Do it once, Do it right.
CALL NOW TO SPEAK TO THE EXPERTS IN QUALITY AUSTRALIAN GALVANZING CONTACT

We also service the Rockhampton area